TREIO background - a tale to be told

An in-depth analysis of the different realities existing across Europe on the implementation of the European Investigation Order (EIO) Directive and the various barriers and gaps hampering its full enrolment, was performed in June 2018 - March 2019 across 16 Member States. The study was conducted with the combined efforts of three projects - EXEC, EVIDENCE2e-CODEX and e-Evidence, working together to build up the secure and trusted infrastructure allowing the exchange of EIO forms and evidences between European judicial authorities. It also generated the concepts on which the ‘TRaining on European Investigation Order’ (TREIO) Project is built.

The study showed that there was a specific need to generate the necessary awareness of actors involved by properly disseminating information and knowledge about the procedures and the legal framework in which these procedures would be needed, to create a specific cross-border training for magistrates and court staff to understand, accept and finally promote the EIO forms exchange and the exchange of electronic evidence.

There was lack of standardized training as existing training courses are developed at national level without any overall uniformity or agreement on the training programs.

There was lack of global vision as the training courses are organized mostly only for judicial and not for court or administrative staff.

Topics taught during the trainings were not globally referring to the EIO in general but limited only to some specific aspects.

There was a variety of legal and operational differences across MSs: still unclear interaction between EIO and Mutual Legal Assistance (MLA) instruments, missing general obligation for the MSs to officially report on EIO issued and transmitted, unclear competences of the administrative authorities when acting as competent authorities under the EIO Directive, issues with the identification of the competent executing authority, varying language regimes, still primarily manual dealing with EIO/MLA procedures and human-based evidence exchange, problems with exchanging large files of evidence, etc.

The use of the new tool which would be launched by the EC for the electronic exchange of EIO forms and evidence was completely ignored by the Member States at the time.

57% of the respondents showed specific interest in a future training on the e-Evidence Digital Exchange System, 22% were primarily interested in administering EIO forms and applying the relevant procedures and safeguards, 17% focused on the need of more information and training on the technical aspects of the EIO implementations, and the rest – on the business side of the process.

Now TREIO seeks to reflect the judicial practitioners’ needs as indicated above and envisages the development of an all-round Reference Framework for cross-border training on EIO. The project officially started on 1st April 2020 under the umbrella of the coordinated measures undertaken by DG Justice and Consumers, EXEC II, Me-CODEX II, and all national projects working on deploying the e-Evidence Digital Exchange System.

Follow us online to stay informed on the latest projects’ developments! 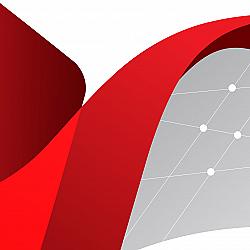 Our website uses cookies. Some of them are necessary to ensure the functioning of the website and therefore cannot be refused if you wish to use the website. Other cookies we use for the purpose of analyzing site visits and more. If you wish, you can refuse to install these cookies on your device.